The Name of Jesus Saves by @NAQureshi

In fact, it says, â€œThe message is very close at hand; it is on your lips and in your heart.â€ And that message is the very message about faith that we preach: If you confess with your mouth that Jesus is Lord and believe in your heart that God raised him from the dead, you will be saved. For it is by believing in your heart that you are made right with God, and it is by confessing with your mouth that you are saved. As the Scriptures tell us, â€œAnyone who trusts in him will never be disgraced.â€ Jew and Gentile are the same in this respect. They have the same Lord, who gives generously to all who call on him. For â€œEveryone who calls on the name of the Lord will be saved.â€ But how can they call on him to save them unless they believe in him? And how can they believe in him if they have never heard about him? And how can they hear about him unless someone tells them? And how will anyone go and tell them without being sent? That is why the Scriptures say, â€œHow beautiful are the feet of messengers who bring good news!â€ (Romans 10:8-15 NLT)

We are hearing today from Dr. Nabeel Qureshi. Nabeel is @NAQureshi on Twitter. He shared powerful stories about his life growing up as a devout Muslim in the United States, in a family that had served as Islamic missionaries around the world.

It was not until a fellow debate member in high school engaged Nabeel in evidence-based dialog about Jesus in the Bible that he started a 3 year journey of searching which culminated in his conversion to Christianity.

Death, Deity & Resurrection are the three core beliefs of Christianity which Islam denies.

Prophetic dreams are commonplace among Muslims, and were in Nabeel’s family. God gave Nabeel three different dreams of revelation about Jesus.

“There is nothing in the Koran which speaks to a hurting man.”

Great message today in our early church service by Nabeel! I’m looking forward to hearing more from him this afternoon! 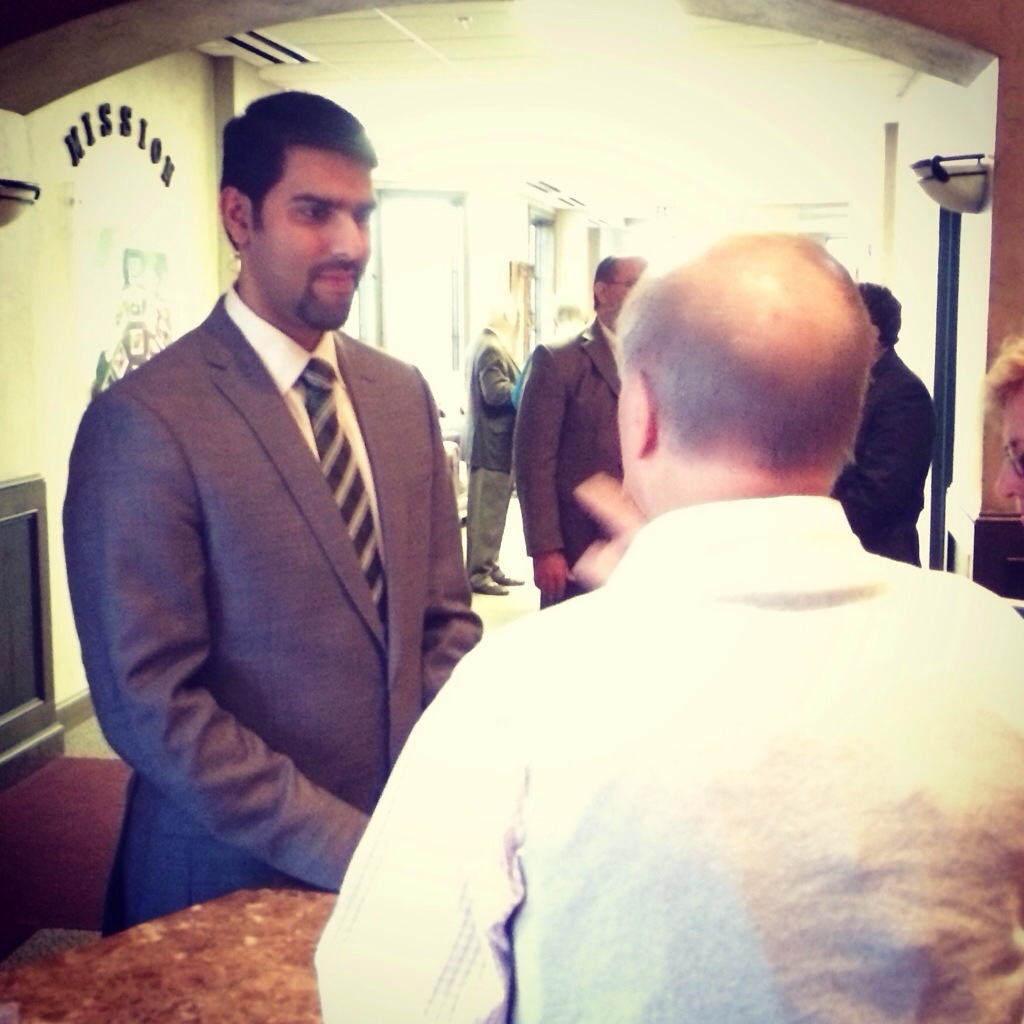