This week Rachel and I have started a morning Bible study together, reading through the Gospel of John. This is something we’ve talked about doing for many months, but we finally decided to do it over the weekend. I think this was prompted, in part, by her sharing of her testimony / faith witness Sunday morning in our “Gospel Encounters” Sunday School class. As we read about the testimony of John the Baptist, I was reminded of the Dead Sea Scrolls and the fact that parts of the book of Isaiah (referenced in John 1:23) were included with the scroll fragments found at Qumran. I thought this discovery was made after World War II, but since we have a Google Home in the bathroom adjoining the room where we were sharing our study, I asked aloud, “Hey Google, when were the Dead Sea Scrolls discovered?” The Google Assistant replied with the dates, 1946-47. How cool to be able to verify information like that during our Bible study, just using my voice! It was like we had a digital librarian right on hand, standing by to readily answer our questions when needed!

‘This was John’s testimony when the Jewish leaders sent priests and Temple assistants from Jerusalem to ask John, “Who are you?” “Well then, who are you?” they asked. “Are you Elijah?” “No,” he replied. “Are you the Prophet we are expecting?” “No.” “Then who are you? We need an answer for those who sent us. What do you have to say about yourself?” John replied in the words of the prophet Isaiah: “I am a voice shouting in the wilderness, ‘Clear the way for the Lord ’s coming!’” Then the Pharisees who had been sent asked him, “If you aren’t the Messiah or Elijah or the Prophet, what right do you have to baptize?” John told them, “I baptize with water, but right here in the crowd is someone you do not recognize. Though his ministry follows mine, I’m not even worthy to be his slave and untie the straps of his sandal.” This encounter took place in Bethany, an area east of the Jordan River, where John was baptizing.’

Later, as we discussed the importance of having direct access to the Bible and these words from the disciple John, I mentioned Vatican II (“The Second Vatican Council”) in the context of the Catholic church making fundamental reforms in the way Mass is and was conducted. (The priests turned around to face the congregation instead of the altar and cross at the front of the church, and the mass changed from being shared in Latin to the local vernacular language of the congregation.) Again, I thought Vatican II took place during the 1960s, but I confirmed by asking Google Home… it was held from 1962 to 1965.

It’s wonderful to have access not only to the Internet, but to a search assistant via Google Home during Bible study! 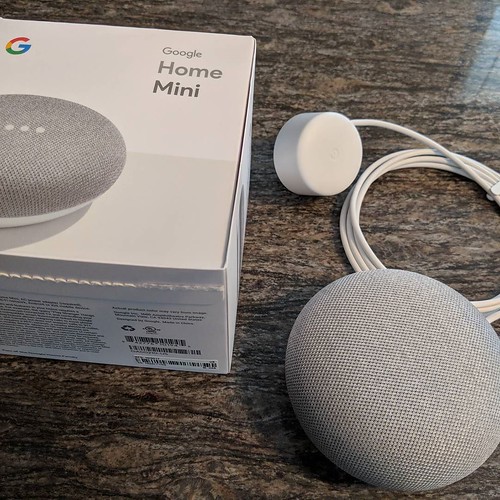